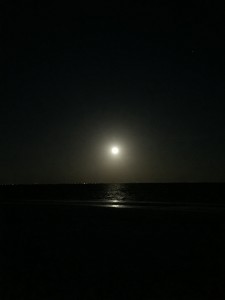 “So shines a good deed in a weary world.” Willy Wonka (the original)

It was in August of 2013 I had just gotten off the plane after a long flight from Las Vegas to Atlanta with another flight to go and I was feeling just plain worn out.  I knew there was a good chance my next flight would be delayed as a thunder storm had moved in just as we landed.  I went to the bathroom and decided to multi- task there something I should never do when I am that tired.  Using my phone I was trying to see what other flights were available should the one I was on be cancelled.  Of course, I could not get the App to work so I left the bathroom feeling frustrated to say the least.  I walked down to the gate and realized my phone was missing.  You don’t realize how much you depend on it until you are traveling with no viable means of communication.  I knew I had left it in the bathroom and ran back there…no phone.  I found a security guard who told me where to check to see if it had been turned in.  No phone.  I went to the desk to see if I could make a call to my cell phone and the woman there told me to wait. I think her patience had been tried with the weather delays as I could tell she was on her last nerve.  Just then the first woman I spoke with came running up and told me my phone had been turned in.  I unabashedly gave her a big hug.  She pointed to the woman who had turned it in and I ran and gave her a huge bear hug as well.  Walking away all I could think of was the kindness of that woman.  She had a child with her and was traveling alone and yet she took the time to find out the proper place to turn my phone in.  She had actually taken a call from my husband when my phone rang and told him exactly where she was turning the phone in. She took the time and made all the difference in my world.

Any cookies that may not be particularly necessary for the website to function and is used specifically to collect user personal data via analytics, ads, other embedded contents are termed as non-necessary cookies. It is mandatory to procure user consent prior to running these cookies on your website.

Free Shipping on Orders Over $50! Dismiss