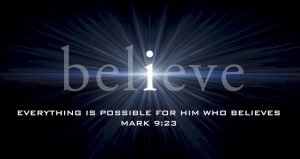 Sometimes the unimaginable happens and you are forced to draw from a strength you did not know you possessed.  That is what happened to me at the end of February 2011.  In the span of one hour’s time, I learned that my pregnant daughter’s baby had died in her womb and that she had a life threatening disease, AML a particularly aggressive form of leukemia.  My life came to a crashing halt and the unreal became my reality.  It was truly a time where I took things one day at a time because I could not afford to look any further ahead than that.  The future was so uncertain that I was forced to live in the present.  I had always heard that living in the now was the way to live and I found that in this crisis I had no other choice.  It was a matter of survival and each day when I woke up I told myself that yes I could get through one more day.

The outpouring of love and prayers from family, friends, and even strangers touched by our story held me up and got me through the days when I thought I could not put one foot in front of the other.  The roller coaster ride we were on was unbearable at times as our daughter’s life was what was at stake but faith got me through as I posted positive affirmations all over her room.  “I am healed.”  “Love” “Smile “and pictures of her at her healthiest were what greeted doctors and nurses when they entered her room.   I kept all negative talk about her condition outside the door as I knew she needed every ounce of hope to survive.

When one of my husband’s employees survived cancer, he had given my husband a sign he had made in gratitude for the support my husband had given him.  My husband put this sign in my daughter’s room and we all focused on it on the days we needed that extra strength.  The sign said one word….Believe.  And we did.  Day after day we believed that our daughter would heal.  Day after day we drew our faith and our courage from that sign.  When my daughter was released, we brought the sign home and when she returned for her bone marrow transplant that sign came with us and stood prominently in the room.  Believe…..I can tell you without a doubt that this word created miracles for all of us.  Believe…such a simple word but the power it held for us was boundless.

Today I am happy to report that my daughter is doing remarkably well.  She is mourning the loss of her child but her healing has been nothing short of miraculous.  There is no doubt in my mind that the affirmations, faith and that believe sign kept us all going and created the miracle we so desperately needed.

Any cookies that may not be particularly necessary for the website to function and is used specifically to collect user personal data via analytics, ads, other embedded contents are termed as non-necessary cookies. It is mandatory to procure user consent prior to running these cookies on your website.

Free Shipping on Orders Over $50! Dismiss